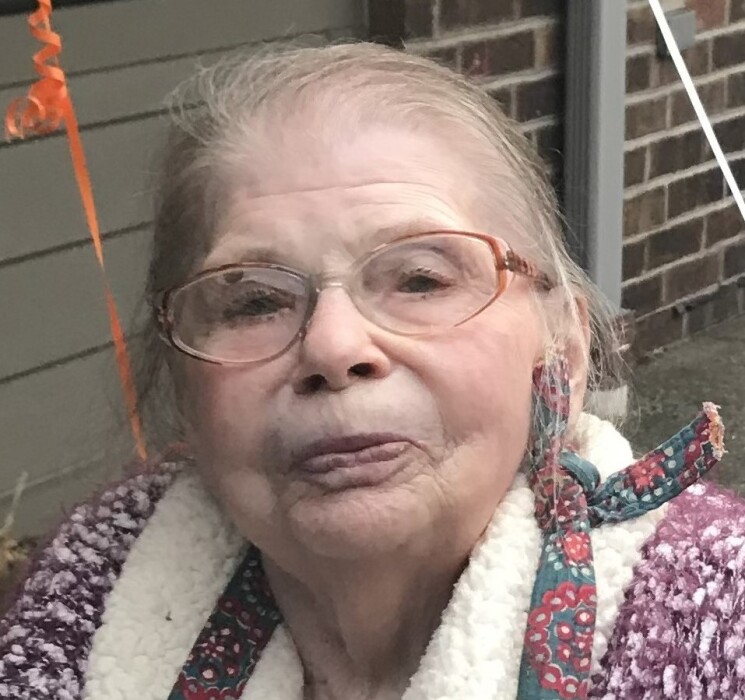 Margaret (Peggy) Isola Stearns, 84, died April 7th, 2022 surrounded by her family at Edinboro Manor.  She was born October 1, 1937 in Philadelphia, PA the daughter of the late Courtney and Thelma (MacMillan) Gillette.

Prior to her retirement, Peggy worked as nurse’s aide, as an attendant at the former Boron Petroleum Station, and as a bartender.  She was also a wonderful homemaker who loved her grandchildren, her pets, her plants, western TV shows, country music and NASCAR.

In addition to her parents she was preceded in death by her son, Jeffrey Stearns and his infant son, Brian Joseph, her three siblings; James Gillette, an infant brother William Kenneth Gillette, and Patricia McCray.

Survivors include her children; David Stearns of Edinboro, Pauline Shreve of Spartansburg, SC,  her sister, Grace Gillette; also, grandchildren; Tiffany, Brian and Lexus, great-grandchildren; Cheyenne, Kayleigh and Sophia; and her many nieces and nephews.

She was much loved by her family and will be greatly missed.

Funeral arrangements were handled by the Glunt Funeral Home and Crematory, Inc. in Edinboro.

In lieu of flowers, donations should be made to the Anna Shelter in Erie, Pennsylvania in memory of Peggy Stearns to honor her great love of all animals.  https://www.theannashelter.com/donate

By: Editor
Today's Quote
“It is a curious thing, the death of a loved one. We all know that our time in this world is limited, and that eventually all of us will end up underneath some sheet, never to wake up. And yet it is always a surprise when it happens to someone we know. It is like walking up the stairs to your bedroom in the dark, and thinking there is one more stair than there is. Your foot falls down, through the air, and there is a sickly moment of dark surprise as you try and readjust the way you thought of things.”― Lemony Snicket, Horseradish