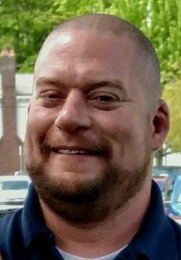 Robert N. Kennerknecht, 42 of Edinboro, died Tuesday, April 19, 2022 at home surrounded by his loving family after an 8 month battle with sarcoma. He was born in Erie, PA on April 1, 1980, the son of Robert J. and Sheila Kennerknecht.

Rob was a 1998 graduate of General McLane High School and went on to earn a Bachelor’s degree in Kinesiology/Athletic Training from Penn State University Main Campus in 2002. He began his career as an athletic trainer with Hamot Sports Medicine in 2004 where he found himself stationed back at his former school.  In 2009, he was hired by the General McLane School District, serving as both an Athletic Trainer and Athletic Director since 2011.  Rob was the pulse of GM athletics. His dedication and commitment to the athletes, coaches, and programs extended beyond the fields, and he truly loved his job.

Rob was known for his quick wit and sense of humor. He could always make anyone laugh, even during his most difficult months. Outside of his job, he loved being a dad to Jack and Lauren more than anything. His family was his dream come true.

Rob was a member of the District 10 Executive Committee and served as Secretary and Treasurer.  He was also a member of the National Association of Athletic Trainers (NATA).

He attended Our Lady of the Lake Catholic Church in Edinboro.

In addition to his parents, Rob is survived by his beloved wife Meghan, his high school sweetheart who he married in 2003; his son, Jackson and daughter, Lauren, both at home; two brothers, Jake (Anna) Kennerknecht of North Olmstead, OH and Mike (Amy) Kennerknecht of Mantua, OH; a sister, Catie (Vince) Bartczak of Coronado, CA; his father-in-law and mother-in-law, Hal and Karen Marshall; brother-in-law, Pat (Chelle) Marshall; sister-in-law, Kellie Marshall; and a number of aunts, uncles, cousins, nieces and nephews.

Burial will be in Edinboro Cemetery.  A college fund will be established for his children. In lieu of flowers, memorials may be made to the family at GoFundMe.com/f/kennerknecht-family.

By: Editor
Today's Quote
“Painting is poetry that is seen rather than felt, and poetry is painting that is felt rather than seen.”― Leonardo da Vinci