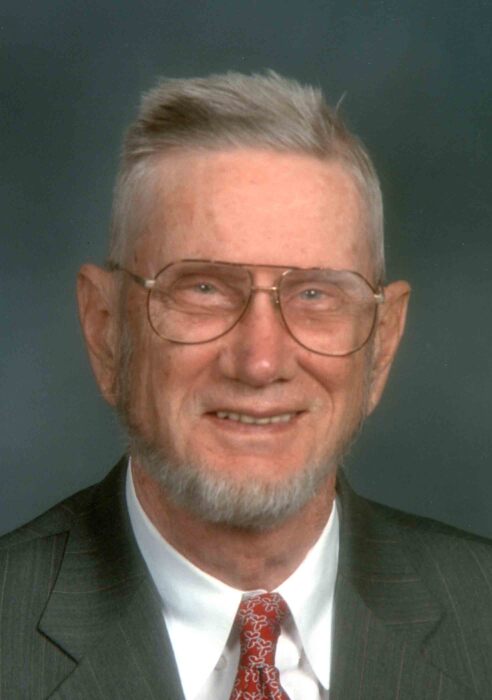 Paul G. Martinson, 97 of Erie, formerly of Edinboro, died Tuesday, December 20, 2022 at Sarah Reed Senior Living.  He was born in Wichita, Kansas on February 3, 1925, the son of the late Charles G. and Mabel (Glenn) Martinson.

Paul earned a Bachelor of Arts degree from Friends University in Wichita.  He went on to study at Boston University (M.A.) and University of Southern California (M.Ed.) and pursued doctoral studies at Ohio State University.  He taught at several universities and lectured in India on a Fulbright educational exchange 1957-58, accompanied by his new bride, Vesta Jo Moore of Coffeyville, Kansas. He was a philosophy professor at Edinboro University of Pennsylvania for 25 years.

A man of many interests, Paul enjoyed the outdoors and hunting, as well as reading and music.  He was a member of First United Presbyterian Church in Edinboro, where he sang in the choir for 40 years.  He played horns in the Shriner’s Brass Band and was a member of Lodge Scottish Rite, Shrine and, until the time of his death, was the oldest member of Oasis Lodge #416, F&AM.  He was also active in the Lake Edinboro Sportsman League for many years, where he shot with the Trap League and taught hunters’ safety courses to generations of sportsmen.  When his sons were young, he led a Boy Scout troop; he co-coached the Edinboro University Rifle Club for many years; and later in life, was active with the Edinboro Food Pantry.

He was preceded in death by his parents, his wife Vesta in 2002; two sisters, Betty Horne and Dorothy Cowan; and a brother, Glenn Martinson.  Survivors include two sons, Steven (Jennifer) Martinson of Craig, CO, and Olaf Martinson of Lexington, KY; daughter, Janis (Stephen) Sagarin of Great Barrington, MA: a brother, Donald Martinson of Wichita; 8 grandchildren; and 3 great-grandchildren.

A Masonic service and memorial service will be held on Saturday, January 7, 2023, at 11:00 a.m. at First United Presbyterian Church, 4281 Rte. 6N, Edinboro, PA.  The Glunt Funeral Home and Crematory, Inc., Edinboro, is entrusted with funeral arrangements.

Burial will be in Edinboro Cemetery. Memorials may be made to First United Presbyterian Church at the address above; Edinboro Food Pantry, 150 S. Perry Lane, Edinboro, PA  16412; or to the charity of one’s choice. To send condolences please visit www.gluntfuneralhome.com.

By: jcsmarketingObituary
Today's Quote
“You talk when you cease to be at peace with your thoughts.” ― Kahlil Gibran, The Prophet